The music you like is putting you to sleep. There’s no exploration, and no new pursuit. It may be an echo of what rock ’n roll used to be, but the most provoking thing you see and hear is less like a shaman calling you into unexplored territory, and more like a familiar hand down your pants, performing a familiar show.

Antikraft is here to be the former.

Antikraft is music in a higher resolution

15 years after Daniel Thomassen had his debut by name of Antikraft, there’s finally a sequel, and we’re sure to hear about it. Socially engaged but above all in pursuit of a personal philosophy and exploration, Daniel cannot and does not want to do anything else but to make new memories. Music is a carrier of meaning and that is exactly what Antikraft stands for. -Purpose is the goal, Antikraft the vehicle.

Daniel Thomassen, married, father of two teens and living on the outskirts of Utrecht, The Netherlands, decided that it is time for Antikraft again. The world was changing but so was his own life. He had just left his church and was searching. But where do you go looking when a large part of your social context falls away, you’re contrary in nature, and like to have confronting conversations? Antikraft had stopped being a band long ago – band members went their own way after some years – but the flame hadn’t died out, and the well sure hadn’t dried up. After all, Daniel had kept writing, and not releasing that work kept nagging; blood is thicker than water.

Daniel likes to trigger a response, challenges you to escape the gravity of your existence, and leave your social media bubble, to explore the patterns that are around you. “It’s like people play a role in a story that they don’t know themselves,” Daniel says. ‘Our Western values are in large part derived from the Christian Story. With that story being rejected, we have gone improvising. Not with the purpose of obtaining some durable truth, but with a kind of life-alleviation in mind. Our civilization is being divided into groups and played off against each other, under the influence of political organizations and lobby groups, and matters that are of great importance for our way of living are breaking in the process – and this is the stuff that sometimes keeps Daniel literally awake at night.
Muziek is communicatie

‘If this point doesn’t come across, it wil completely miss its purpose…’ Daniel said in his last interview. Antikraft’s music is activating and really always socially engaged, but he’d actually rather reflect than persuade. After all, Antikraft is not punk. Besides expression, communication plays a large part. He used to listen to Marilyn Manson a lot, and Nine Inch Nails still beats the drum in the Thomassen residence. Someone once said, you have to understand the darkness in order to harness it, and that is something Daniel hears back in the music of said artists. In earlier days he might have been standing at concert with fist raised, but those times have passed. Still, after a period where music has faded into the background, he feels that it’s time to start Antikraft again. Music is a welcome resource and stimulant to chase after his beliefs and not be timid. ‘I have no interest in limiting myself for the benefit of my surroundings, my church or my family. Escaping the gravity of that environment, is really what Antikraft stands for.’

The track ‘Hold On My Heart’, (release: April 2021) for instance, is about his departure from such a relationship. Leaving this social context surely impacted him, and Daniel couldn’t help but transferring this into music. It’s not an accusation, but a process of grief. ‘Monotono’ is about walking along with your surroundings and wether or not to meet expectations.

‘Attention Detention’ is, how could it be any different, freedom of expression, something that Daniel has in high regards. As ever, the songs originate in a special way. Sometimes he wakes up after dreaming a concrete track. Sometimes it’s the sum of several ideas that only find their final form after crafting and honing.

Soundwise, little has changed for Antikraft. It remains an interesting mix between the 80’s and the present. Think of the peculiarity of Depeche Mode, some of the rawness of Nine Inch Nails, Massive Attack’s imagination with a whisp of Radiohead – but Antikraft certainly has its own recognizable sound. Partly with the help of experienced producers, the whole sounds more mature, and modern, but with an edge, as Daniel states. Edge is something Daniel misses in today’s musical landscape. ‘Even when Billie Eilish has confronting videos, the music is a lot softer. Have you noticed how soft-sounding snares have become, in general? Where is the spunk like you heard in the 80s?!’ Daniel says.

The ’80s and the accompanying subcultures are never far away; take a look at the original artwork of Antikraft. As a designer, Daniel tries to blend this artform, together with his songs and his vision, into a provoking but attractive whole. Too much ‘anti’ isn’t what he’s looking for, because he wants to captivate his audience in order to be able to communicate with his audience. Unfortunately, not many artists seem to stand for something, and when they do, they seem to roughly agree with one another. Where is the so-called battle of ideas, Daniel asks himself. It’s more scientists and comedians now who dare to be contrary. The entertainment industry has become rather dogmatic; they follow the trend and deviating from that has become rather difficult (it could cost you your audience, after all). Finding the balance between this disruption and still reach people is a complex balance for Daniel and the pursuit of Antikraft. Daniel wants to touch people and inspire them, and causing more division isn’t his goal.

Hold On My Heart will be released on April 16 of this year. 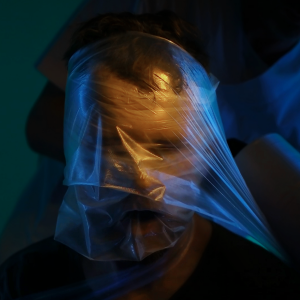 This is a song for those of us who feel like they’re in a bad relationship, who maybe even feel abused. It can be a lover, family member, an organization or regime, whatever. In the accompanying video you can see it looks bad. But throughout this whole song, the angels are cheering on your escape. 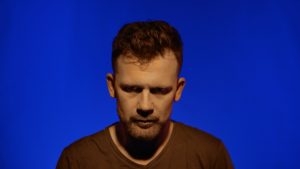 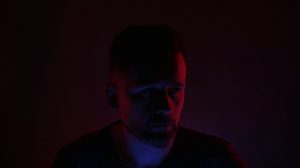 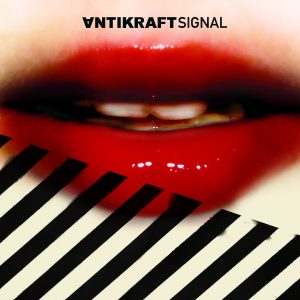 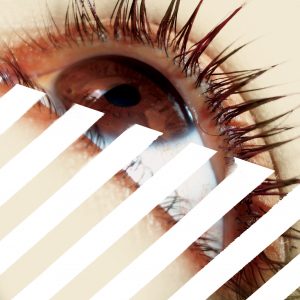